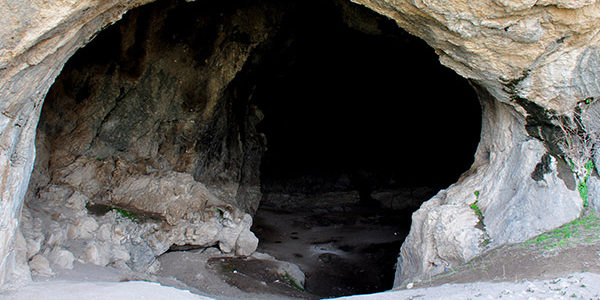 When I was around 20 years old I decided I needed to do a “Rebirthing Ceremony”. I didn’t really know what that meant, but it felt very important. It was Spring Equinox and I had a circle of women friends that did rituals together on the land out in the country where I lived. So when some friends asked me if I wanted to go spelunking with them to a special cave in the Missouri countryside, I said a big “Yes!”

The cave was known to locals as “Hunter’s Cave” but to the community of women I was a part of, it was called “the Vagina Cave”. The entrance to the cave certainly did resemble it’s name! It was a 13 mile cave with long cold water crawls where you had to take off all your clothes and put them in a plastic bag and crawl on your hands and knees holding the bag above your head. There were special rooms with stalactites and stalagmites. Walls you could slide up and down. It was incredible!

After quite some time, we came to a hole in the wall and a woman jumped in and disappeared into the darkness. She sounded like an earth worm wiggling her way through the long 150ft or so narrow corridor. The women asked me if I wanted to go in and without any hesitation, I said with great enthusiasm “Yes, this is so cool. Wow! I love this cave!”

I dove into the wall and inched my way through, only to find after about 20 feet or so where there was a bit of a curve in the crawl, that I was stuck. I was completely stuck. I told my friends, “I’m stuck”. They said “Try moving backwards.” I said “I can’t move backwards.” They said, “Try moving forward”. I said, “I can’t move forward”. I began to feel short of breath in the dark, wet cave and overwhelmed by the thought that I might not be able to get out of this situation, and that I might in fact die in the cave and trap the other woman in as well.

I started to lose consciousness and went out of my body. The next thing I knew I was back in 1966 at NYU Hospital in New York City, New York at my birth! I could see that I was about to be born and I was terrified! I was stuck! I didn’t want to come into this world. My mother also seemed terrified. It seemed like a baby had died down the hall and she was terrified I would die too. It was all so vivid and intense and the next thing I knew was that I was back in the cave.

Somehow the cave opened up just a tiny bit so I could wiggle my way forward. Then it opened a little more, and a little more. I could take off my heavy, plaid, flannel overcoat and was able to move all the way through to a little room in the back. The other woman was sliding up and down clay walls, seeming to be oblivious to the life and death situation I just faced. “You should go out first, in case I don’t make it,” I said solemnly. She kind of shrugged at me and slipped out.

I took a deep breath and turned out my flashlight. I gathered some clay from the damp floor and walls and started to put it all over my body. Praying and crying, I asked to be reborn from the Earth Mother and to dedicate my life to serving her. As I made my way out of the long crawl, my friends began to spontaneously singing happy birthday to me. Little did they know what I had just gone through.

I was completely blown away by this experience.

Later that night I lay in a hot bath at home in a state of shock. I thought i was going to die in that cave! I imagined them having to come and pull my body out. I realized then that I must have almost died at my birth. That I must have gotten stuck.

I called my mom and asked her about it and she said, “Yes this is what it was like, how did you know?”

I was seeing a therapist at the time who was also a hypnotherapist and when I told him about my experience, he wanted to regress me to see what needed healing from my birth. As I slipped back into these early memories I was able to re-experience the taste of chemicals in my mouth when I was drugged, the searing pain of forceps on my fragile babies head, the anger at having my power taken away at this essential moment, and a great awareness of how this birth story was impacting my life!

This was a revolution in my life! It set me on a path of healing that changed my life and eventually led me to meet Sondra Ray and the Rebirthing Process. The first time I met Sondra, I had a spontaneous rebirthing session in my boyfriends arms that night. Thank goodness, he was trained as a rebirther. I re-experieced birth again and all the terror that it was for me. I began to see how I was living out my birth over and over in my relationships, in my work in the world, in dealing with transitions. I would suddenly be activated like form 0 – 100 when I felt the imprint of forceps or any hint of abandonment (my mom was completely drugged).

It has taken many years, sessions, and layers of work to unlock the trauma associated with my birth and to feel safe being here in the world ~ supported, loved, held. I have also been able to support hundreds of students and clients in unraveling this material that is often at the root of our fears or unexplained anger or angst, inability to bond in healthy ways, not being able to fulfill our greater calling. When we are able transform this and other early trauma, we are freed up to move on our destiny path.

I’m still so grateful for that cave and the sacred gift I was given one Spring Equinox so many years ago that set me on my destiny path!